This article first appeared on Golfshake.com in Jan 2016.

Jack Nicklaus was the 37-year-old American legend with 14 major championships to his name, while a 27-year-old Tom Watson had emerged as his latest and most potent challenger, defeating the Golden Bear at Augusta National to win the Masters earlier that season. The spectacular links of Turnberry in Ayrshire would be their next battleground.

In the sunshine, both opened up the championship with rounds of 68 to sit two shots back of surprise leader John Shroeder, with the likes of Lee Trevino, Seve Ballesteros, Johnny Miller, Raymond Floyd and Hale Irwin all inside the top ten. On Thursday (the Open began on a Wednesday in those days) Nicklaus, Watson and Trevino maintained their positions with level par rounds of 70, while Roger Maltbie – now a commentator for NBC – took the 36-hole lead.

On Friday, however, the two icons would pull clear of the field by trading rounds of 65, edging three shots ahead of Ben Crenshaw, who himself was three shots removed from the players in fourth. It was all set for a compelling final round, with tens of thousands of spectators making the trip to the sun-drenched south-west of Scotland for an extraordinary day.

Initially it looked as though Nicklaus would brush aside his youthful rival, moving three shots ahead after birdies on the second and third, with Watson making an early bogey. However, after making a crucial putt on the sixth, the 1975 Open winner at Carnoustie began to get into his stride, gaining shots on the seventh and eighth to tie the man from Ohio. 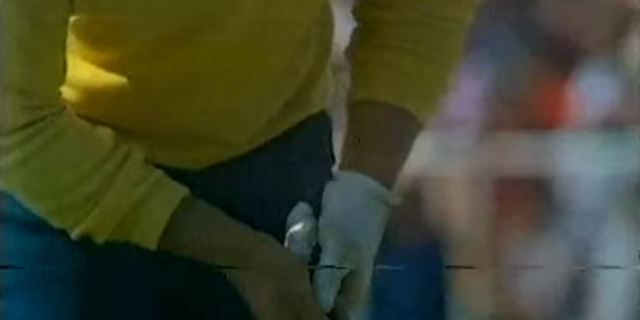 As they entered the back-nine, Nicklaus had regained his advantage after Watson bogeyed the ninth, and would double it after making birdie on the 12th. At this stage of the championship, they had left the field for dust. They weren’t even a factor: it was a duel between two golfing gladiators.

History will record that Tom Watson – who bowed out of the Open at St. Andrews in 2015 – birdied four of the last six holes to sway the Claret Jug into his grasp. It was one of the truly great rallies in major golf, with the eventual five-time champion standing on the 18th fairway with a one shot lead. Nicklaus was in trouble. But lucky. Six inches further right and he wouldn’t have had a shot. He produced an immense recovery from the thick rough to the front of the green.

Watson was faced with 178 yards – eerily similar to what he had 32 years later in the same position – and produced a stunning seven-iron to within three feet from the hole. The Open Championship was his, surely. 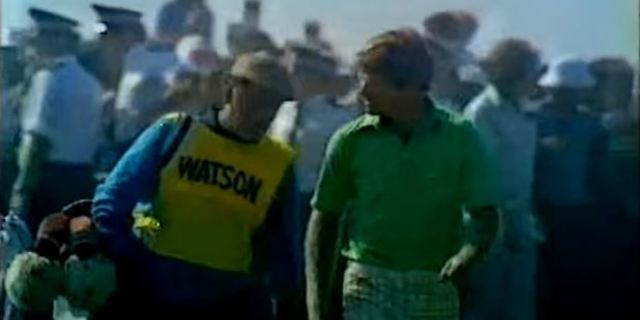 But not yet, with Nicklaus sending the massed crowds into raptures by holing a 35-footer into the dead-center of the hole to force Watson to make his putt for the win. Watson expected it. Nicklaus had shot a bogey-free round of 66. Watson calmed the nerves, and was able to dispatch the two-footer for the win – completing one of the greatest victories in history.

Embracing as they walked off the green to a standing ovation, Nicklaus said to Watson: “I gave you my best.”

The 1977 Open Championship, the Duel in the Sun, was THE best.